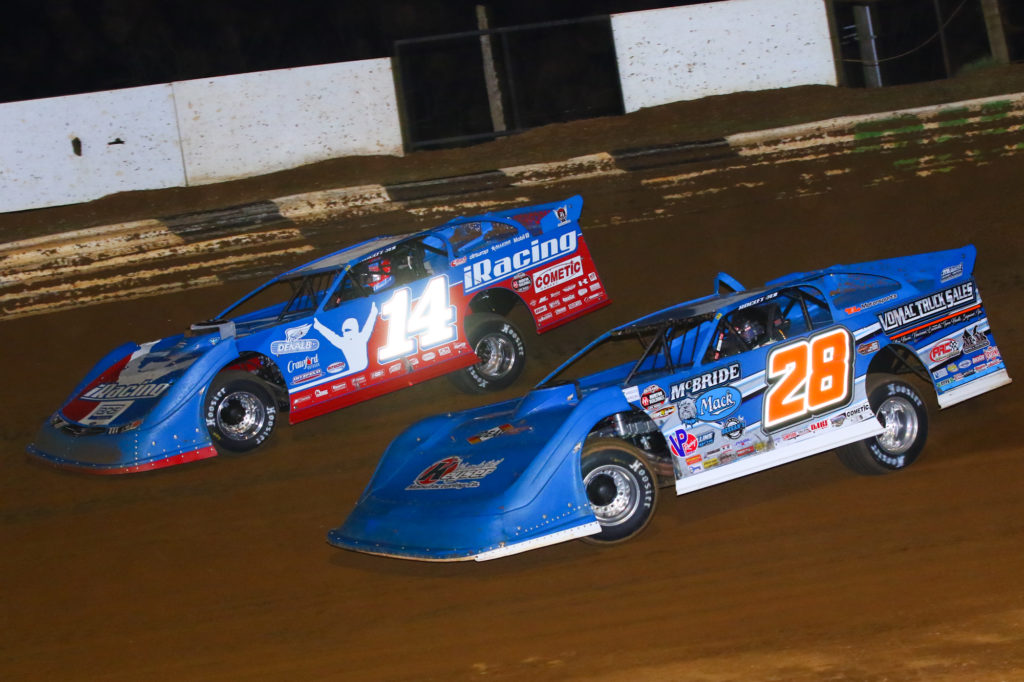 Josh Richards is the winningest driver ever in the World of Outlaws Late Model series, but it’s been more than three years since his last victory. Richards was strong throughout the night at Duck River Raceway in Wheel, Tennessee.

Another driver who had been fast all night was Dennis Erb Jr. Erb was reeling Richards in on the bottom of the quarter-mile high-banked oval as the laps were running out. Richards stuck to his middle-top line until his crew indicated to him that he was losing ground to Erb.

“At the end, I saw my guys, they were showing I had a gap when I was running the top. And then they were closing it up so I switched and went to the bottom and just tried to ride it out,” Richards said.

The last time Josh Richards visited the WoO Winner’s Circle was in October of 2016 at The Dirt Track at Charlotte. At that time he was still driving the car owned by his father, Mark. This time around, Richards is driving for Clint Bowyer Racing.

Dennis Erb Jr. mounted several challenges on Richards but he could never really make it stick well enough to hold the lead. Erb stuck to the bottom as Richards ran the top line, but the top eventually went away and Richards moved down and effectively blocked Erb from passing.

“I was hoping [Richards] wouldn’t [move down], but I kinda was thinking that he should’ve. When he moved down there, it was going to be pretty tough for me to get around him,” Erb said.

Point leader Brandon Sheppard started eighth on the field, then came back to finish fourth, another good finish for the defending champion. Sheppard extended his point lead over Ricky Weiss who finished eighth.