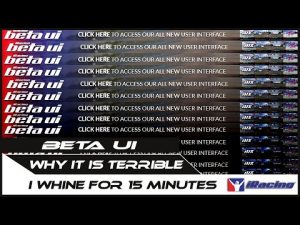 The iRacing User Interface has been in development for quite some time. The interface was first introduced as a beta product in 2017, now more than three years ago, but I’m sure it was in development long before that. Recently, iRacing has made even more overt attempts to force its members to use the interface for their primary means of racing on the service despite massive member dissatisfaction. iRacing has gone as far as to remove the website navigation menu from their member homepage, replacing it with giant, clunky, ugly buttons that lead you away from the website to the giant, clunky, ugly new user interface. The interface continues to be buggy and filled with errors, some trivial, but some more serious.

Two things that will probably never appear in the interface are deal breakers, meaning that it will never be as good as the website.

Both of these things can be done when using the website. But the problems with the user interface go beyond those obvious, severe shortcomings. The interface still has an abundance of errors and bugs after all these years in development.

In addition to these severe problems, the interface has additional errors. If you want to find more of them, all you have to do is try to use it. Earlier today, I tried to set up a couple of league sessions (hosted racing). I ran into two problems. The first problem I had was simple and could easily be overlooked since it was just an error in the wording on the interface.

The problem with the wording is in the incident point setting under hosted racing configuration. When setting up a hosted race, there is a section where you set the maximum incident points for the entire race. Drivers who exceed the maximum are disqualified. That part is pretty straightforward.

At the top is the overall limit for the race. The driver gets disqualified when he or she exceeds 19 incident points. The way the Incident Warnings part is configured, you would obviously get a warning when you reach 4 incident points. Since the website shows penalties in this section and the user interface shows warnings, I wasn’t sure what to make of this, so I contacted iRacing support chat. I was told that, since it says Warnings, we have to take that at face value, that it means Warnings. I asked the iRacing representative two questions:

I never got an answer for obvious reasons. I finally told the rep that I would set up a session and test it out, and I immediately did so. When I entered the session I noted the F1 black box. 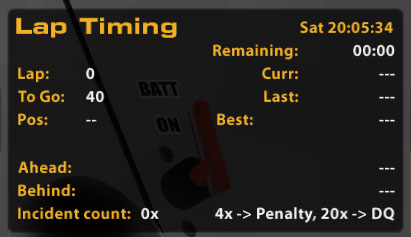 Right there at the bottom, 4x -> Penalty, 20x -> DQ. I knew then that the iRacing representative was wrong, and that the wording in the UI was wrong. Imagine if you never knew that and you set up a league race thinking that people would get warnings at 4x, but instead drivers got drive through penalties at 4x? Your league members wouldn’t be very happy with you. Thanks iRacing. I got to the race session and bumped the wall a couple of times to get the 4x. I got this. 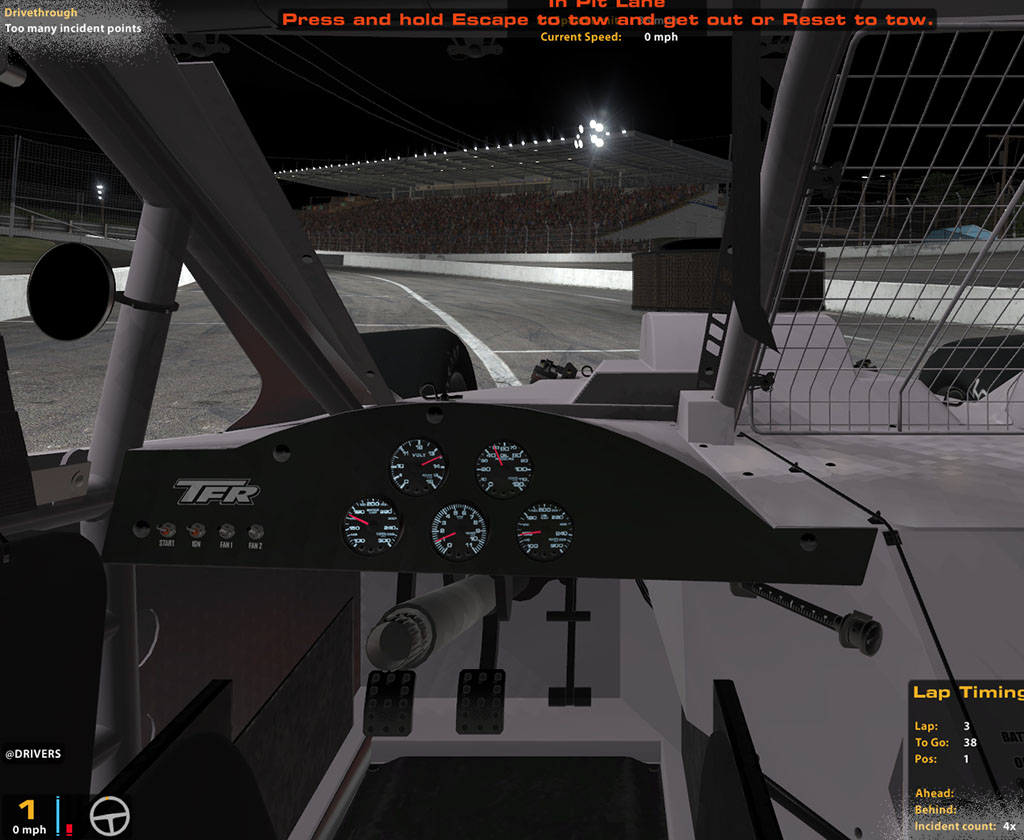 The good ol’ drive through penalty. It beats a stop and go but still pretty much ends your race in the short track world.

So that’s easy enough to get around once you figure out what the wording actually means. I sent an email to iRacing support on that. Maybe someday they will change the wording to reflect what actually happens. Soon.

At first I thought that the second problem I had was a deal breaker when it comes to configuring league sessions. Simply put, I couldn’t set up my session in a league season. What does that mean? Well, the session has to be attached to a league season so that the system can assign points under that season. No matter what I did, I could not get the iRacing user interface to accept my league season. 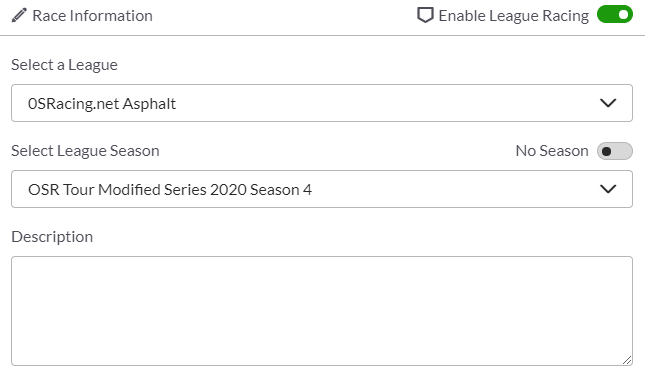 League Season is blank with —. I tried many different ways to get the system to accept my League Season to no avail. I finally went back to the website interface and configured this league session in about 30 seconds. Even if everything had gone perfectly on the user interface, it would have taken me five times longer due to the confusing, cluttered interface.

As it turned out, I took the next step and purchased this session. After I made the purchase, I saw that the League Season was actually assigned correctly, so the error is in the display on the Check Out page.

I should point out that it really is necessary for members to use the new user interface to configure these sessions. iRacing jams the inferior user interface down the throats of its members by limiting the capabilities on the website. I’m using the tire set limits in these sessions and that is not available because iRacing has refused to provide it on the superior website interface.

The new user interface continues to be a hopeless, useless waste of time. It’s like a giant turd floating in a bowl that just needs to be flushed now. With the exception of hosted heat racing, tire limits and the complete waste of time and energy known as Time Attack, you can do everything iRacing offers by using the website interface, and you can do it more efficiently, more quickly and more easily.