You are here: Home / News and Commentary / 1987 Chevy Monte Carlo and Ford Thunderbird are Coming to iRacing 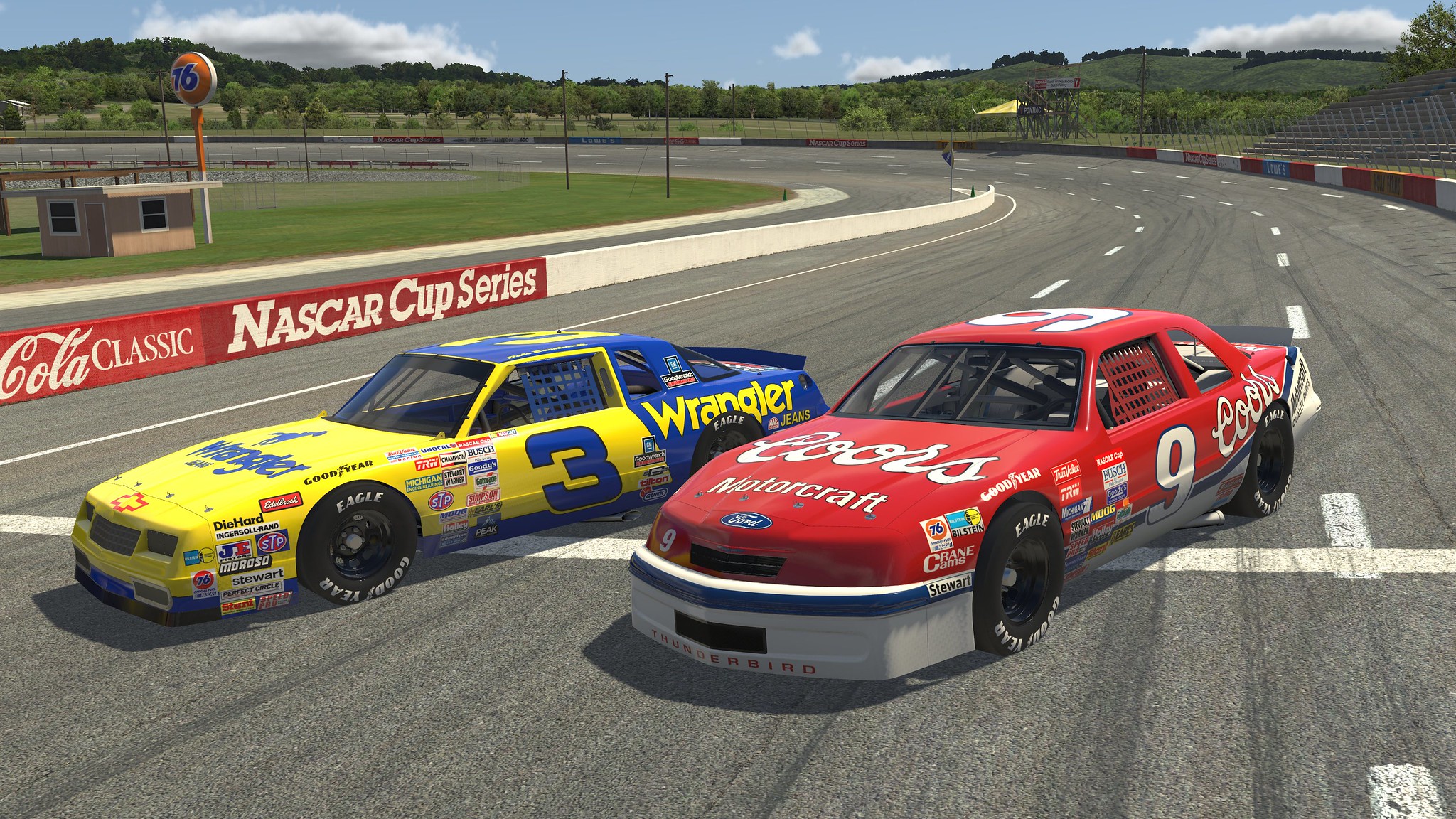 iRacing announced several weeks ago that the would bring a laser scanned version of the iconic North Wilkesboro Speedway to the service. Old School race fans figured that iRacing might just bring back some historic stock cars to run on the 1987 version of the track, and that’s exactly what they’re doing.

In another announcement today, iRacing proclaimed that they had indeed scanned these historic cars and would be producing digital versions of them.

With the help of second generation driver Chase Elliot, iRacing was able to scan the Ford Thunderbird that his father Bill Elliot drove in 1987. Richard Childress racing stepped up and allowed iRacing to scan the 1987 Monte Carlo that Dale Earnhardt drove to two consecutive NASCAR Winston Cup championships.

It has been confirmed that iRacing will add an official series for these cars called NASCAR Legends.