You are here: Home / Racing News / Marlar Works the Slider on Weiss at Smoky Mountain Speedway 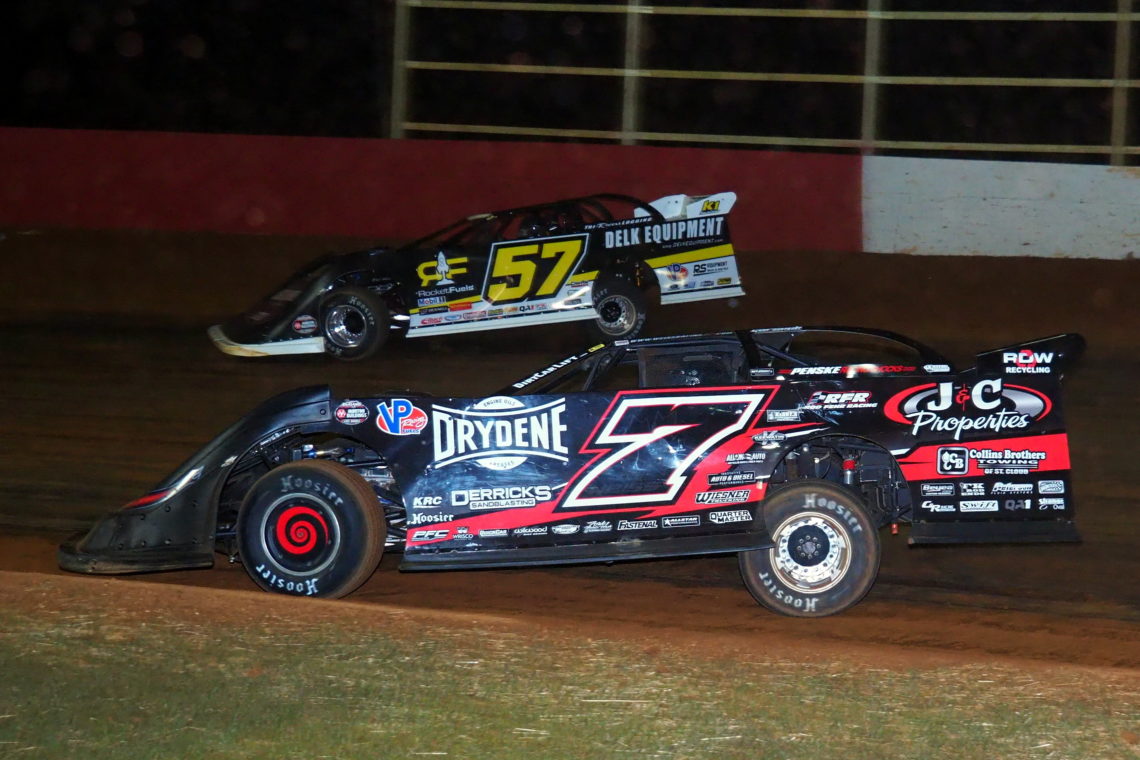 It was cold in Maryville, Tennessee Saturday night, so I was thankful for DirtVision. I watched the big Tennessee Tipoff race from my easy chair in my warm living room, and I’m glad I did. It was one of the best World of Outlaws Late Model races I’ve seen in a long time. I was treated to an amazing race. Home state driver Mike Marlar led much of it after pole sitter Chris Madden dropped out with mechanical problems. Marlar regained the lead with a big slide job on Ricky Weiss on a late-race restart.

Marlar stuck to the outside on the four tenths mile track, only using the bottom entry to set up Weiss for the slider.

“I definitely had it [set up] a little wrong for the bottom so I needed to run the middle to the outside,” Marlar said. “I felt like I was really fast, even in open track. But when I caught the traffic, I don’t know but for whatever reason, I was really loose.”

Weiss had led for five laps when the caution came out with just six laps to go. On the restart, Weiss chose to stay low where he was fastest. Then he decided (or was instructed) to move up a little to protect the lead. That was all Marlar needed. Marlar chased him to turn three where he threw a classic textbook slide job and regained the lead.

“I knew I was really good in [Turns] 1 and 2, I could hit the brown and take off,” Weiss said. “But with 3 and 4, I’ve been here enough times to know that the momentum usually is quicker. But, when you get racing, sometimes the bottom can be quicker, so it’s really hard to judge when you’re in open air and there’s no lapped cars and you’re on the point.”

The Late Models return to racing in two weeks with the Spring Thaw at Tennessee’s Volunteer Speedway on March 27, then it’s on to Cherokee Speedway in South Carolina on March 28.