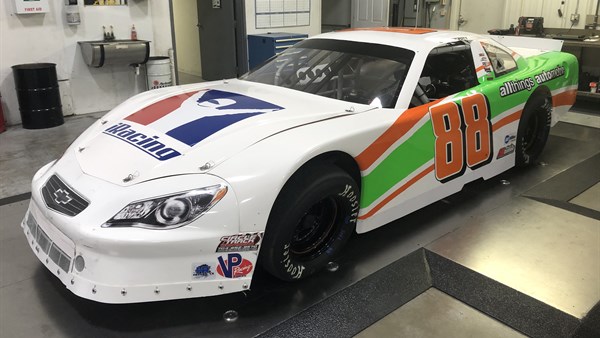 The iRacing logo will be on the hood of number 88 Chevrolet Monte Carlo as Berry tries for another CARS Racing Tour championship. Berry leads the series in many areas wins, races led, poles, and money won.

The iRacing partnership involves Josh Berry as well as team owner Dale Earnhardt Jr. Earnhardt has been a huge supporter and proponent of iRacing from its inception.

“iRacing is something I’ve done for a long time and it really was what connected me with Dale,” Berry said. “It led to me ultimately driving the Late Model for JR Motorsports. It’s important to me, and I greatly appreciate them coming on board to be part of the program. I’m equally appreciative of Mark (Thomas, owner of All Things Automotive) for allowing us to do this. It’s a great partnership among all of us and will help to make us better.”

Berry was one of many drivers who competed with Earnhardt Jr. online in the earlier days of iRacing.