You are here: Home / Archives for talladega short track 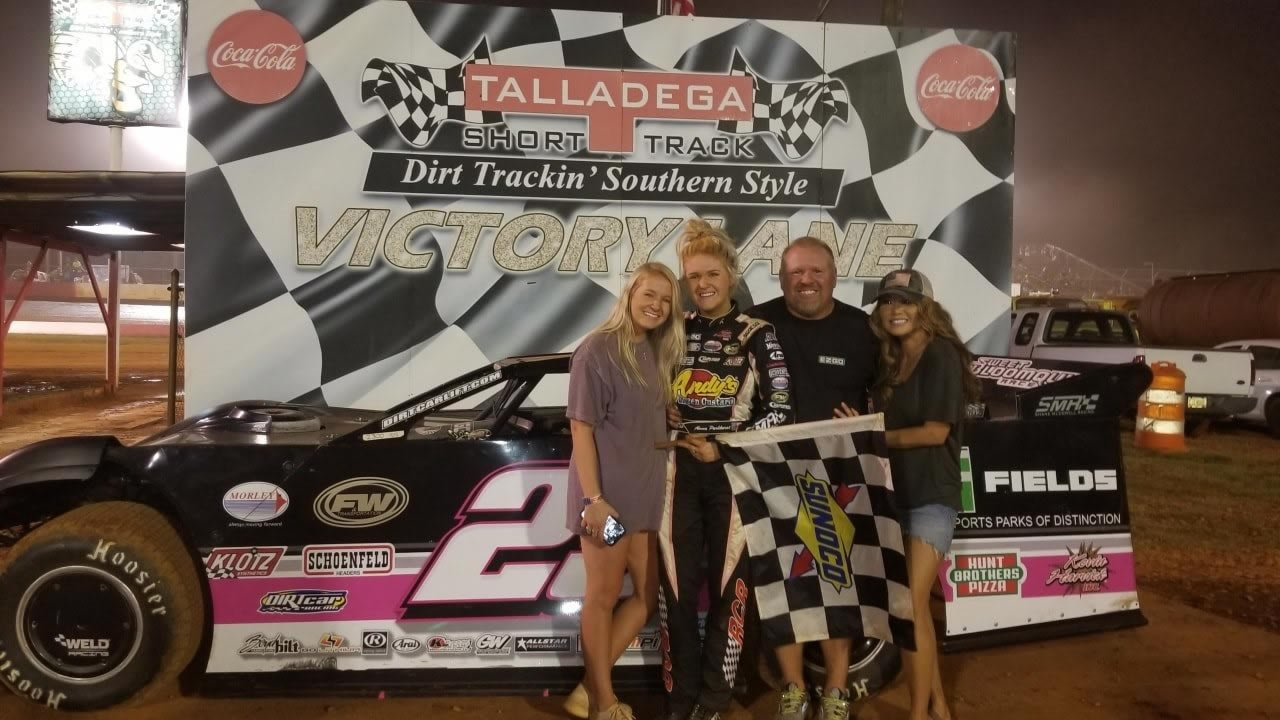 Ahnna Parkhurst drove her Richard Childress Racing Late Model to victory Saturday night at the famed Talladega Short Track. This win, her second of the season at TST, came in the Crate Racin’ 604 Late Model division.

Parkhurst stated: “Overall this was a good night for our team. Our night didn’t go as planned with the Super Late Model, but things happen, that’s just racing. Our Crate car was flawless. There were several cautions in the feature, but I was able to pull away by a few car lengths each time. Special thanks to Andrew, Ken and Dad. We made a bunch of changes throughout the night and it all came together in the feature!”

With a full field consisting of twenty-two Crate Late Models, there was plenty of competition on hand. Parkhurst kicked the night off right, taking the top spot in her heat race. The heat win positioned her on the outside pole for the start of the A-Main feature race. Parkhurst immediately shot into the lead on the start, then proceeded to hold off the field through the numerous cautions and race laps to take her second win of the 2020 season. Parkhurst was followed by Cruz Skinner, Heath Carr, Jake Traylor, and TJ Brittain.

In Super Late Model competition, Parkhurst entered the Southern All-Star Racing Series Governor’s Cup. She was relegated to the B-Main in which her car suffered a broken power steering line before the green flag fell.