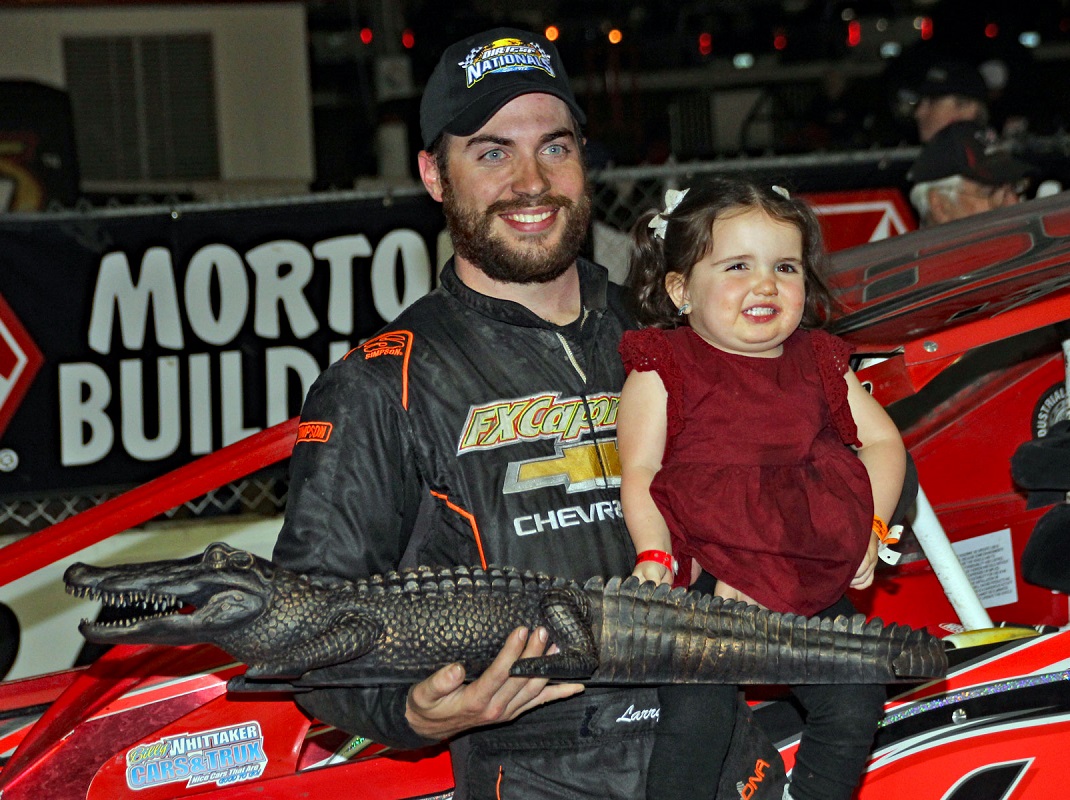 Wight only needed to finish fifteenth or better to beat out his teammate Billy Decker for the championship. Wight ended up sixth with Decker in fifth and his other teammate, Pat Ward in seventh.

It’s a combination of good preparation, a good car, a good motor, and a phenomenal crew. Having a family to back that up and allow us to put in the hours and put in the time at the track and come down here. The track threw us for a loop tonight. We didn’t think it would get as slick. We thought the top would be a little bit better so we tried to get the car freed up versus last night. I guess we should have left it a little bit snugger.

Next up, the Dirtcar Big Block Modified Series moves to Can-Am Speedway in Lafargeville, New York for the first point race.